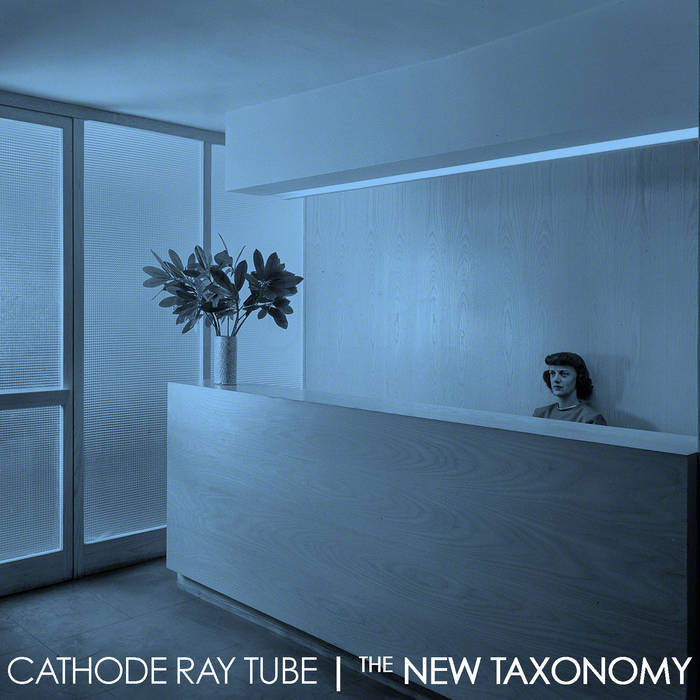 Extralife An epic dubbed out technoid journey into the ultraworld here. Such a fun, chilled listen. 10/10 Favorite track: Good Servant (for Irv).

rikm Cathode Ray Tube brilliantly blends beats and sweet sweep-y drones in The New Taxonomy to create a really nice space that's ready for aural exploration. The soundfield is really rich and dense here so I'm always finding new things to focus on, and I really enjoy that kind of discovery.

By emplopying a strict methodology and set of rules, CRT has created "The New Taxonomy," a major step forward in both direction and style for CRT. Songs are leaner, stripped down and sleek. His use of effects such as dub-style echo and reverb is restrained and almost non-existent in many songs. "Social Ghost," the album's opener, builds slowly to a steady beat under a cloud of shimmering synthetic textures. "Good Servant" bops along with metallic tones and a 303-style rhythm with intermittent, glitchy chords hovering. "Incept Date" begins as a dark march across uncertain terrain then breaks off into a sparse gallop with skittering drums fills and thunderous claps out of a dark Jamaican dancehall. "Blackstar Departure" reveals a dark space at a careful pace, with twinkling bells and thudding bass describing a sombre passage to other worlds.

"With 'The New Taxonomy' I wanted to change everything," says Charles Terhune aka Cathode Ray Tube. "I felt like I could easily end up doing the same thing over and over creatively. I knew I needed to break out or get trapped and ultimately doomed to mediocrity. So I started listening more closely in a different way. I quesitoned every single note, effects, sound and beat in a track to the point where I was ready to scrap everything. Then I found what I was looking for in writing the track 'Incept Date.' And then it revealed a whole new sound to me."

"The methods I discovered in writing 'The New Taxonomy' have informed everything I've done since," says CRT. "I felt like I was part scientist and part explorer while writing it. Each song was a different part of a new world where I'd discover it, exploring and identifying elements as I proceeded through each of these soundscapes. It's both a new beginning and a continuation of my growth as Cathode Ray Tube."