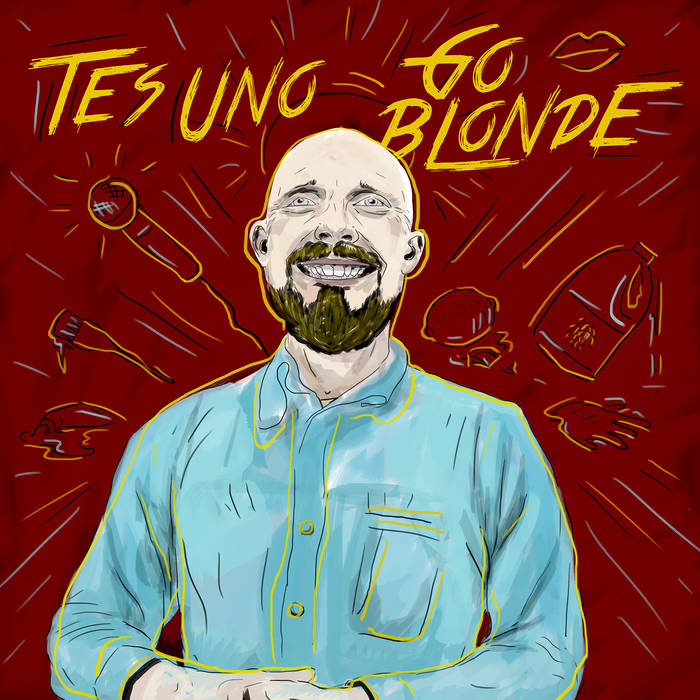 Tes Uno’s new joint “GO BLONDE” is the sound of hiphop stripped to the roots and boldly colored for maximum blast effect. Bleaching out the bling and rinsing out the bland he’s powered up his game on “GO BLONDE.” Tes Uno’s style isn’t street so much as deep indie underground; rough and ragged with the urgency of a gas station dye job but strong and assured like a predator on the hunt. He’s been cut and coloring beats and styling rhymes since the early 90’s. Now as a veteran MC he’s killing it on “GO BLONDE.” The album is representative of Tes Uno’s unique approach: an introspective, lo-fi, bedroom styling while dropping mad rhymes to universal topics with open wide productions.
In between skits ruminating on the subject of blondes, Tes’ rhymes slow and easy on tracks such as “Think Of Me”, “PEMDAS”, ”Cowboy” and “Come And Go” with a style similar to Dose One and Quasimoto, MadLibs alter ego. Tes Uno’s production is a spooky kind of sparse, reminiscent of early Wu Tang while displaying a knowledge of and sampling broadly from a variety of genres from 70’s era funk to 80’s synth pop and more.
Vast Aire of Cannibal Ox calls Tes Uno “the HR Giger of sound – killing shit like no one else.” This is Tes to the core: creating mad monster style hip hop in a basement lab rife with mad beats and rhymes that won’t let go of you once your ears behold their sound. One listen to this album and you will know why they say once you “GO BLONDE” you never go back.
Written by Charles R. Terhune
www.crtdot.com